Founder of Danza Duende
Yumma Mudra is the author of the book "La Voie qui Danse".

Founder of Danza Duende Project, Yumma Mudra became a professional dancer in Paris in the Ballet Russe Irina Grjebina the age of 12. Top Model for the famous campaign "AVENIR ", she renounced in 1982, the unexpected celebrity to focus passionately on Tibetan Buddhism and live her first year in solitary retreat, followed by many others for over 30 years. Having studied and practiced intensively Tibetan Buddhism with renowned masters of Vajrayana including, Kunzang Lama Chokyi Dorje, Kyabjé Dilgo Khyentse Rinpoche, Tulku Pema Wangyal Rinpoché, Khenpo Tsultrim Gyatso Rinpoché, HH the 17th Karmapa and her main teacher,, Ringu Tulku Rinpoche, Yumma studies in parallel the "Shambhala Training" the contemplative psychology training "Karuna".


Her artistic career has led her to produce 7 FESTiVALS in Portugal sponsored by ROLAND MUSIC and the town halls of PORTO and SERPA. She creates performances with her band SALAMANTRAS in Portugal, then, in Belgium, with Stéphanie Van Vyve and Anwar Abudragh, La DANSE du LUTH, with Ghalia Benali, MiL e UMA NUiTS, Les VOIES ENCHANTÉES.


Yumma Mudra gives seminars around the world since 1991 offering an integrated view of her experience as an artist and as a practitioner of Buddhism through concrete learning to "DanceLife."

The training "Danza Duende" is primarily intended to develop the courage and ability to improvise, to create forms, increase our perceptions of space and intuition, to adapt to changes quickly, the ability to communicate and flexibility and generosity in collaborations. La Danza Duende promotes work on oneself, which includes an ethical and joyful meaning in the transmission of art.

Since 2013, she joined Michel Raji on the path of the breathe as a dance : the Choresophy.

Let go appearances.
Live near yourself and listen to the wonderful music of freedom.

has been practicing whirling since her childhood. A tantric dancer, she is inspired by the traditions of the Wisdom Dakinis. She has gathered in her art the keys to undertake the transmutation of emotions, awareness of space and the union of masculine and feminine.

of the Danza Duende project, she has effectively experienced several ways to enhance the openness of our hearts, a global synergy with awareness and interdependence, and the culture of kindness in the process of artistic rigor and of an intimate loneliness towards solidarity. 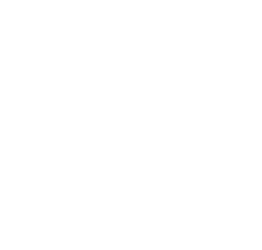 she has joined Michel Raji and his work on the breath and together they toured the performance "The Dance of the Breath" and "the Perfume of the Rose". They have created SAMAYA, a Choreosophy ritual in which they celebrate their reunion on "the Way which Dances".

Authentic in your art, Artist in your life.
Lets view portfolio